Roughly October 2004. Conversations contained herein are paraphrased, but the gist is correct.

However, we had only been actually dating for about two months.

One particular day, Hillary came to me, "My lease is up for renewal at the beginning of December."

"We should find a place together."

While I was feeling great about our relationship at the time, I was also pretty sure that moving in with someone after dating for a couple of months might not be the greatest choice. Nonetheless, she persisted. I convinced her to go to month to month and we'd reassess in the new year.

In about March we checked out a number of apartments including one on the 16th floor of the Island Park Towers on Clearview Avenue in Ottawa. Two bedrooms, two bathrooms. That place was second or third on our list of a half dozen we were going to look at that day. 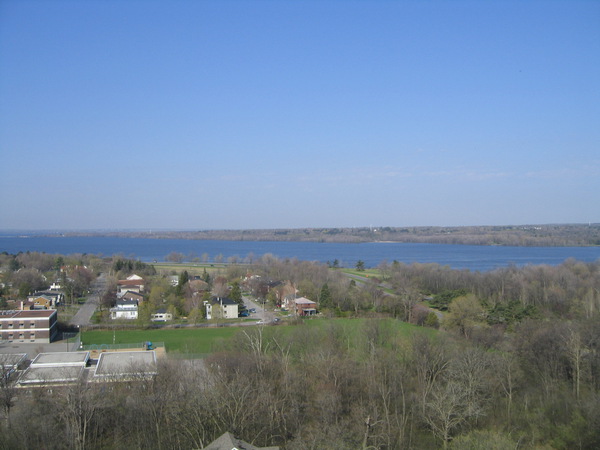 View from the balcony, looking towards the northwest.

We got to the place immediately after that and we both looked at each other and said, "We need to talk about Clearview."

We went into a coffee shop of some form, got beverages and talked. We called the person back about Clearview and cancelled the other places we were going to see. We had our first apartment together. 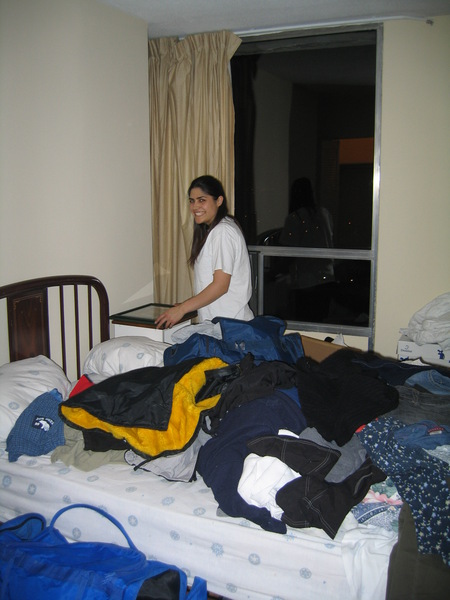 Special thanks on that move in to Brett, Laird and Mark. In particular, Mark built the bed that evening so we had a place to sleep that wasn't on the floor. I still feel somewhat bad I had to kick them out at about 10pm as I was utterly exhausted.
looking back
homes
clearview
Sekret: