It's also Isaac's seventh birthday. Since I barely count Halloween, this is the first important family day on the calendar since Hillary died.

I spent yesterday evening remembering the day of his birth. This isn't a day that will be lost to time. I do have a much lengthier post half written about it. I'll put that up eventually for posterity. 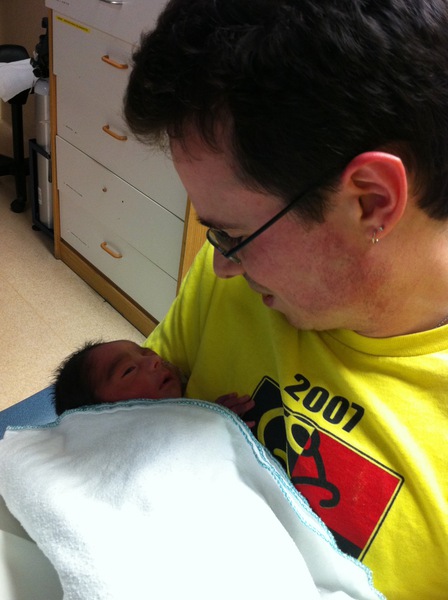 This is from the batch of pictures taken of me and Isaac. Technically this is Christmas Day, 2011. He's about 22 hours old here. The nurses suggest we keep his face in shadow as it was kind of bright in the NICU at times.

I think I wanted to try to front load some of those emotions and try to work through them yesterday so I could be somewhat functional today. We'll see if that worked. I'm not super hopeful, I've already started crying three times this morning and I've been up for about 35 minutes.

Hillary won't be here today. This is way more of an issue for me than Isaac at this point. This is probably okay and possibly even good in the grand scheme of things.

I don't want it though.

He's a good kid Hillary. We've done pretty well so far. I'll do the best I can.