Hillary really wanted to go to the drive in.

Eventually she convinced me that we should go this particular evening as it would only get harder in the future. I don't think we even looked at what movies were on. Maybe Hillary did. I certainly wouldn't have gone for a double feature of The Smurf Movie and Cowboys and Aliens. (Rotten Tomato score 67%. Combined)

It was August of 2011. Hillary was pregnant and as was our habit by this point, on any drive of any length, we'd pick a theme. Then, riffing on that theme, pick boy and girl names and see if they would make our running shortlist.

It was the drive home from the theatre, we'd left early in Cowboys and Aliens because it was awful. We had talked most of the way through The Smurf Movie.

I suggested scientists as a theme and we started going through some, 'Ada', 'Albert', 'Marie', 'Neil'.

I said Isaac. Hillary repeated it. She sort of paused and said it again, "Isaac. I think we have our boy's name."

The girl's name we ended up picking was Alexis. By the time Hillary was pregnant with Paige we had moved on to other options, obviously. 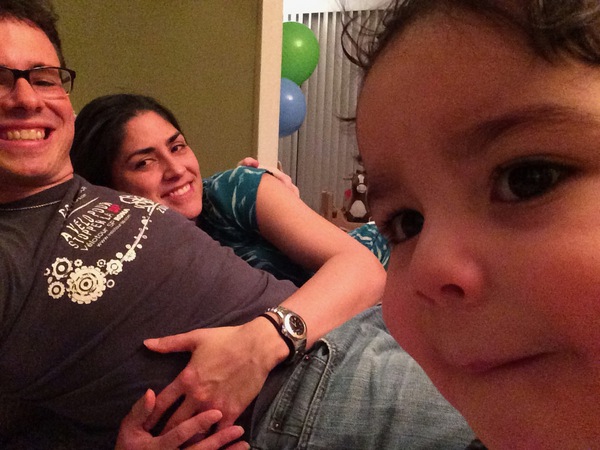 New Year's Eve, 2013. Isaac is just starting to look like Isaac here. I dunno, I am not one who can look at a baby photo and a kid photo and draw the lines between the two.

We would discuss this again a few times, but it was always fairly half-hearted. We knew that Isaac was the name we were going to go with if our first baby was a boy.