The no rental car Ontario trip

I seem to want to write about our various family trips right now. I think because it's background before more specific anecdotes and stories. Also there are a lot more pictures from these trips so a random scan through the back catalogue brings these up more.

Once upon a time we went to Ontario. We knew we wanted to visit a number of different people and were doing a grand circle trip.

We'd be flying into Toronto, spending time in Kingston, then finishing up in Ottawa for a couple of days before flying back from Ottawa.

I should backup a bit though. Normally on a trip like this, we'd fly in and out of the same city and rent a car for the duration. We looked at the time we had and we knew we wanted to spend time in Toronto with Hillary's brother's family as well as spend at least a day or two in Ottawa visiting friends.

With a full blown car rental round trip, that was going to be upwards of ten hours of driving on city to city transit alone. With two small kids, that would become multiple days with long car drives, which wasn't my ideal form of 'vacation'. 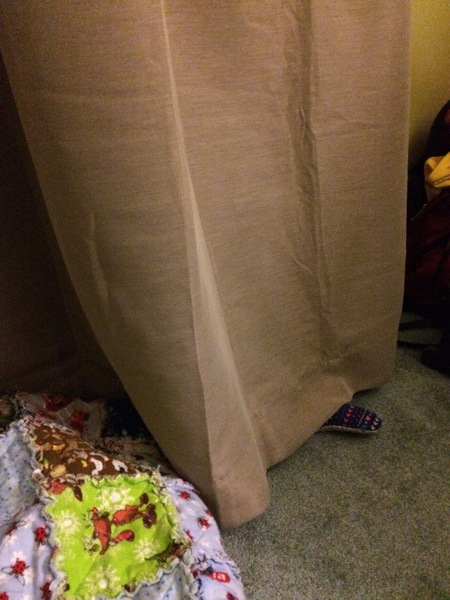 Hide and go seek at Stephan and Amy's house.

So I pitched that we wouldn't rent a car. This was met with incredulity. I made my arguments. It was easy to get to a train from the Toronto Airport. Getting to the Via Rail station from Eric and Carolyn's was a pretty simple transit trip. The kids loved transit and trains.

I'm still not entirely sure how I won that debate. But we did it. Once we had agreed on 'no rental car', then we could book flights in and out of different cities, which would further cut down on total travel time.

So we flew into Toronto. Two trains later, we were a kilometre or so from our destination for the day and could wait for a bus or walk. Since we had a nearly two year old and a four year old and a couple of suitcases, we decided to walk. It was pretty warm out.

Paige was carried, Isaac walked and we made it.

We took a subway into downtown the next day. We took a streetcar back. Whichever kid I was carrying on the streetcar fell asleep on me.

After a stopover in Oshawa, we took the train to Kingston. I was surprised and happy that we cruised at 150km/h for long stretches of the trip. We visited family and a few days later took the train to Ottawa. At this point now, I can't remember if we ended up renting a car for those couple of days in Ottawa. I think there is a good chance we actually did.

We flew home out of Ottawa.