In the early days after Hillary died, one of my main goals was to, not forget, but minimize the impact of the memories of Hillary the cancer patient. At the same time I wanted to focus on remembering Hillary my wife.

One way I did that was look at pictures. Lots of pictures.

I solicited pictures from friends and family and got a few. I was really interested in pictures of us early in our relationship. We had a digital camera at that point, but neither of us was particularly good at taking pictures of each other.

Slowly but surely, more have been trickling in with the occasional flood. Even more have been confirmed to exist but are awaiting unpacking from storage closets and such. This makes me happy.

The software I use, Apple Photos, touts a bunch of machine learning features. Among those is that it tries to figure out which pictures of which people you tend to linger on and give those a little boost in score.

It then uses the higher scored pictures as headers. Or if it decides to generate a photo album algorithmically, it uses those scores. Or, when you search by the person's name, it puts those ones front and center.

Recent years have added new features. A surprising one came up yesterday. The Photos application knows that this 'person', Hillary, is tied to an entry in my contacts. That contact entry has a birthdate. The software also knows that Hillary is a 'favourite' person.

So, yesterday, on what would have been Hillary's 40th birthday, Apple Photos auto-generated a photo album of her from 2018. It's possible this was a coincidence, but given how rarely I get auto-generated albums and the combination of date, person, and year makes me think that was a feature. 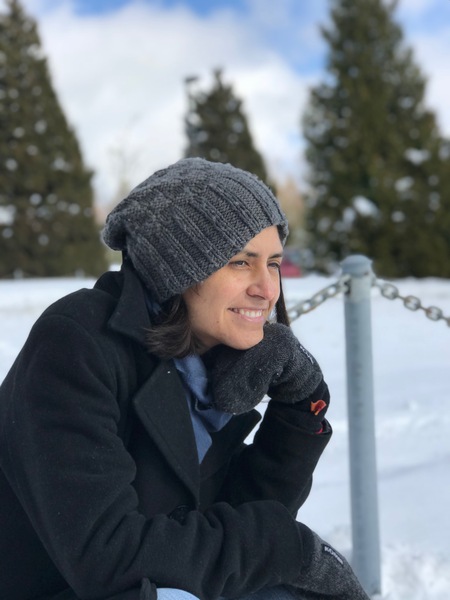 The software did pick this picture as one of the ones it featured. Probably a good choice.

It was kind of weird. April 27, 2019 was a pretty emotional day for many, many reasons. It's two days later and I'm still recovering from the emotional hangover. Having my phone buzz buzz to inform me it had helpfully built a library of pictures from Hillary's last year wasn't exactly what I was looking for.

I don't really have a point here. Software is hard and as things get smarter there and the marketing folks tout how good it is getting, it is often clear just how far it has to go.