Hillary often focused on the past and worried about the future. This may surprise many of you who knew her, but she was the pessimist in our relationship. This is not to say she was a negative person or anything. Perhaps realistic is a better word than pessimistic.

I had a narrower focus and tended to live more in the moment. I was the optimist.

Hillary was teaching me to look further into the future. I was teaching her to enjoy and focus on the present more. This was a long, slow process and we were working on changing together.

Hillary had a hard time living in the moment. In the last year of her life, I think she finally got it. 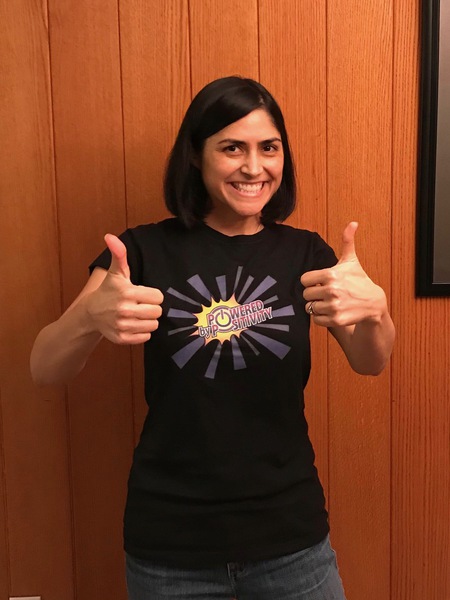 I think this was her favourite t-shirt over the last several months of her life.

I don't know precisely when it happened. She started working on being more mindful. She deliberately focused on not letting her mind wander out to the future. At least not more than a couple months at a time. This couldn't have been easy for her, but she was always mentally strong.

If she did look further afield, she did it with the almost dreamlike way I used to envision the future. She'd imagine a thing we'd do... sometime. Cancer, treatments and symptoms would never be a part of these.

This was hard for me. It was a major philosophical change in my life partner that happened in a fairly short period of time. I didn't quite know how to deal with it. I don't think Hillary did either. I don't think she spent any time thinking about it though. She was able to flip her outlook on life and go with it.

And suddenly I was the pessimist and she the optimist in the relationship.

I do think that change was what she needed to do. I think it made her last months better and happier than they could have been. I think she faced her death with something resembling contentment. She didn't want to die. You could argue she faced it with denial up to the end and you probably wouldn't be wrong. But she also didn't die angry, full of regret for what might have been.

I have to believe I did something right to enable her to do that.