Toronto and the lost purse

This was another of the few memorable clubbing nights in my life. This was also with Hillary and unlike White Pants Night, this was not as enjoyable.

We were down in Toronto visiting a bunch of Hillary's friends from Queens.

We had some drinks at Ryan's house, then went out to some enormous club in what appeared to be an ancient warehouse. It was loud, we danced, drank and generally made merry. Eventually, it was time for us to head out.

Hillary and I walked the several blocks back to the hostel where we were staying. We got inside and up to the room. As we settled down, Hillary realized something. 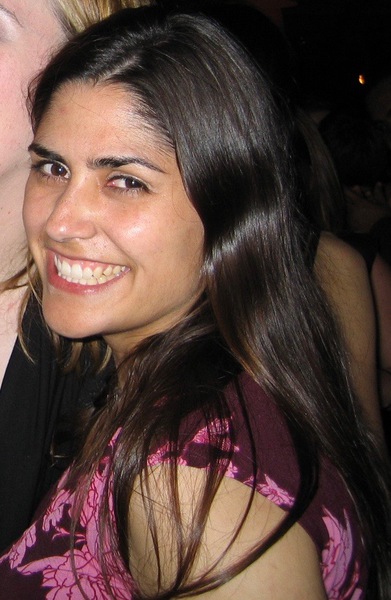 From just after midnight. The purse was almost certainly lost by this point. Clearly it was not yet a concern.

We walked back. It being a club, it was packed and there was still a line. We just wanted to see if Hillary's purse had been found. The bouncers had evidently heard this one before by people trying to jump the line.

Hillary talked to them, someone went inside. A while later they came back out. This happened a few times. Eventually it got to the point where one of the bouncers said that last call had happened a while back and it would start clearing out. People were flowing out the doors.

Finally, once it was significantly emptier, Hillary was able to head back in. Someone had evidently found the purse behind a couch that we had been sitting on and tossed it over the bar at some point in the evening. I think some cash had been missing, but it's hard to tell if that was actually the case or Hillary had just bought a few more rounds than she had accounted for.

Everything else was intact.

We walked back to the hostel again. By this point it was somewhere in the loose ballpark of 3:30 in the morning. The next day was going to be rough.

This was not the last time Hillary would leave a purse somewhere.