But we did have some snow yesterday so we got out sledding for a bit. 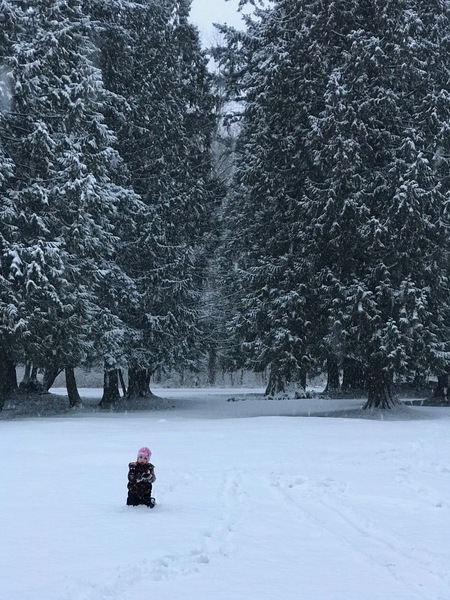 Resting on the return climb after a successful run.

Sledding in 2018 was a measured success at best. Isaac thought it was great when we got out. Paige was pretty nervous about almost everything. I took her to Robert Burnaby Park and it took a solid fifteen minutes or more to get her to go on a second run after the first one ended with a big 'plump' (her word) of snow in the face.

The second and third outings of 2018 were at smaller hills and Paige got into it a bit more. Watching Isaac definitely helped. 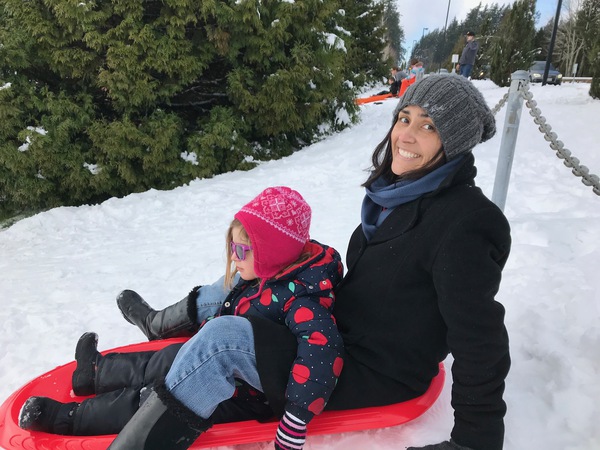 Isaac and Paige spent a lot of time convincing Hillary to do at least one ride with each of them. She did.

This year? We started at the long gradual hill at Robert Burnaby Park and after a couple of good runs, I suggested we try the steeper part. Paige was nervous but was open to it after surviving the easier ones. We got a plump of snow in the face, but when we came to a stop, she was laughing hysterically.

So we did it again and again. She was asking for us to go on steeper and faster parts.

We started the day with a family breakfast at my brother's house. The kids had a birthday party at a gymnastics club after that. We sledded. We ended with Sunday night sushi. We started book two of Harry Potter.

It was a good day. Hillary would have appreciated it.