The handover of responsibilities

I've written in passing several times about the changing responsibilities I had over Hillary's last year. Handing more kid tasks. Doing more of the general chores around the house. This was all fine and somewhat expected.

It was just what you did if your teammate couldn't handle all that they had before.

Hillary, however, wanted to be involved as much as possible and never wanted to feel like the weak link. On more than one occasion, she overdid herself attempting to take care of various tasks. I chastised her more than once that she should ration her energy more carefully. I could handle tasks, but wanted what energy she did have to be spent on the kids and I.

That sometimes sank in.

There were logical handover points for many of the daily tasks. It was generally unspoken, though a few Hillary explicitly asked me to start doing, "...most of the time until I can handle doing it again."

Hillary took care of meal planning and what I'd broadly call general bureaucratic chores up until the point where it became clear that she wasn't anymore.

Her last weekly meal plan was put together two days before she went into the hospital in late September. She was also mostly paying the bills at that point. She got our passports renewed in early September. Of course she paid the extra so they would be valid for ten years. She had hers for about thirteen days. I have mentioned the car insurance.

Some of the tasks that we didn't have a clear handover. I had no idea where Hillary had stored the kid's birth certificates for example. She had been taking care of the bills, but I found out a few weeks later that she had actually stopped a couple of weeks before that final trip in.

I don't really have a point here. There are so many tasks that are done in daily life and some of them were cleanly handed over, and some slipped through the cracks.

There are certainly things which she did which I am still unaware of.

We were a good team. 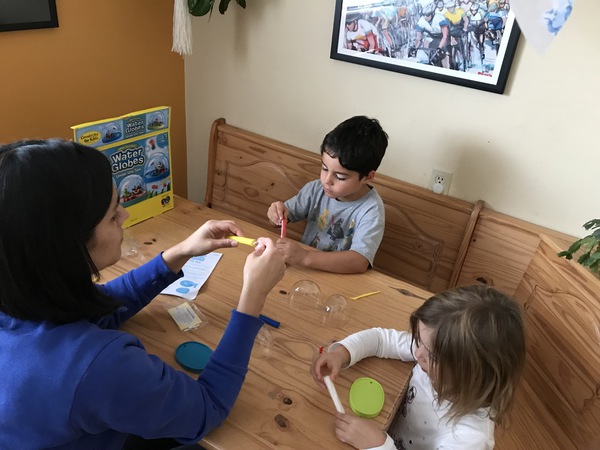