The first visit to the farm

Like so many of these things from a decade or more ago, the details are a bit fuzzy at this point. I'm probably going to get some wrong, but as long as I get the gist and feeling right, I think I'll call that a win.

As I think I've mentioned before, Hillary's colitis was giving her problems in late 2004 and we were working on ways to address that.

So one week that fall, Hillary let me know she was going to go down to the farm and asked if I was interested in joining her. I did.

I remember arriving after dark, so we likely left after work on a Friday afternoon. 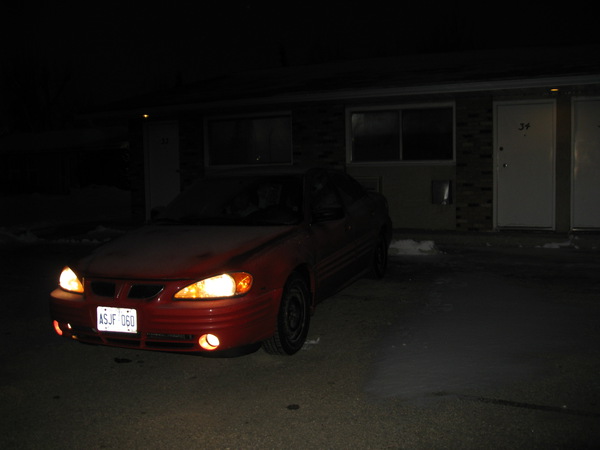 Ah. The Grand Am. Not at the farm. Somewhere between Bath and Vancouver in 2009.

We made that drive in the Grand Am enough times that which memory of turning down that driveway was the first is confusing. What I do recall is that it was both not what I was expecting and exactly what Hillary had described.

We got there. Hugs were exchanged. I was welcomed in. As we had left right after work, it was likely after 7pm and we hadn't eaten. Heather had dinner ready to go for us. I don't recall now if she had told Hillary what she was going to make so I could be warned or if it was a surprise to us at the time.

Both of those are hilarious in their own ways.

The dinner that night was liver and onions. I am fairly certain this was the second or third time I'd ever had that. To date, fourteen and a half years later, that is still the last time I've had liver and onions.