I don't know when the feeling first started. It was at least six months before Hillary died. I don't think it was much earlier than that as I can draw a line in February 2018 where it really started to sink in.

At some point during that year, it began to feel like my life was on hold. In a way that didn't happen with the kids when they were infants. In a way that I had never experienced before.

This was how I articulated it to myself, never saying it to anyone else, "It feels like my life is on hold right now."

I had Hillary. I had the kids. But I couldn't project forward to the future. Hillary, my primary sounding board for those thoughts had shifted her long term horizon to a week or two out. I suppose could have projected further out with her, but really, it didn't seem fair.

Hillary brought joy and happiness into my life up until her final couple of weeks. My life was better with her in it save for those last few days. At the same time, the rational side of my brain was also waiting for her to die.

It's hard to articulate this correctly. To phrase it in a way that explains the existential dread I felt. Not that I was looking forward to what would be the next phase of my life.

To use a gun metaphor, the diagnosis was like hearing the shot, but the bullet hadn't hit yet.

I know my experience as a cancer spouse was easy compared to many. But I was also ready for it to be over. I would have taken the weakened, tired Hillary of August 2018 for decades had the cancer been gone or under control. Living alongside her with the metaphorical bullet already coming down the barrel for her was another thing entirely. 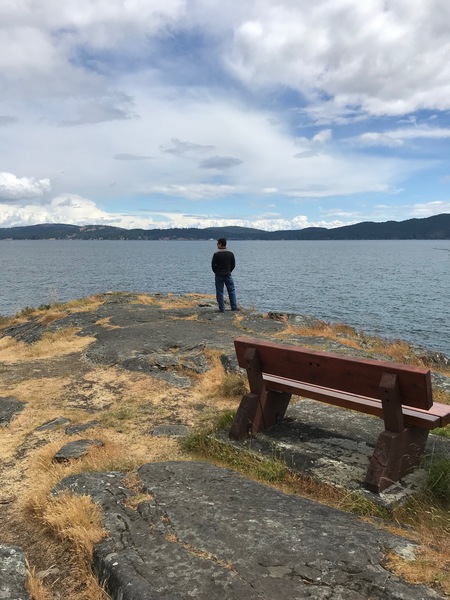 It feels in a lot of ways like my life is still on hold. I get through the days. The kids are fed and loved. Mostly. I can't keep up with their cuddle requirements.

But I feel like I still can't look forward. This is another interregnum of a different form. I don't even know what I need to be able to live with this. Do I need to find another person? Would re-integrating as a team be what I need? Do I just need to wait it out for another year or two and I'll figure out what I need for myself?