Well, I'm two thirds of the way through the long weekend. I could use another couple of weeks of time off to be frank.

It's been super busy.

Saturday we did some bike riding with Paige riding Jim's Jungle on a pedal bike for the first time. One crash on a bridge, but she got up and kept going, which was very impressive.

Saturday also saw a birthday party and a BBQ that evening. Both fun even if pure logistics are somewhat more complicated for those sorts of things these days.

Yesterday we did the hike to Crystal Falls with the Ahokas'. I had ridden the trail halfway a couple of years back. Sometime after Hillary was diagnosed, we attempted to hike that trail with the kids and didn't quite make it. In hindsight, I think we got about 2/3 of the way there. Regardless, we made it all the way this time. 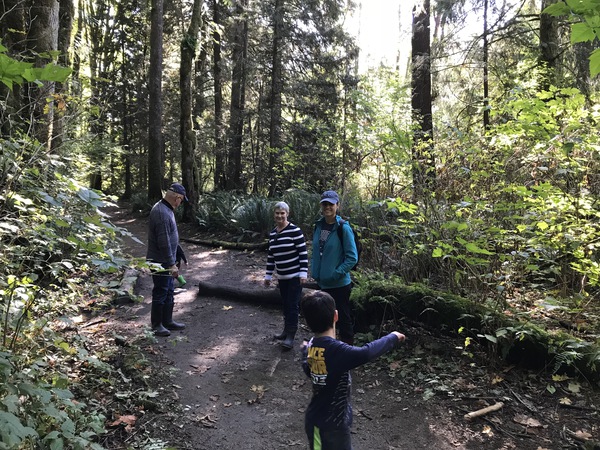 From the 2017 hike. You can see the back of one of Paige's boots there as she turns around and starts heading back to the car.

I figured the kids would be kind of dragging their feet a bit after Saturday, but they ran big chunks of the hike as they always do.

Then the kids swam twice and we had a BBQ, at home this time, in the evening.

This weekend thus far and yesterday in particular Hillary would have loved. Socializing, beautiful weather, doing active things with the kids, and general low key merrymaking.

This makes the whole thing bittersweet at this point. I wasn't alone for much of this weekend which was nice to say the least. But that sets up a starker contrast when it is down to me and the kids again.

The downsides? My bike rides this weekend will be entirely on the trainer despite spectacular weather. Such is life. 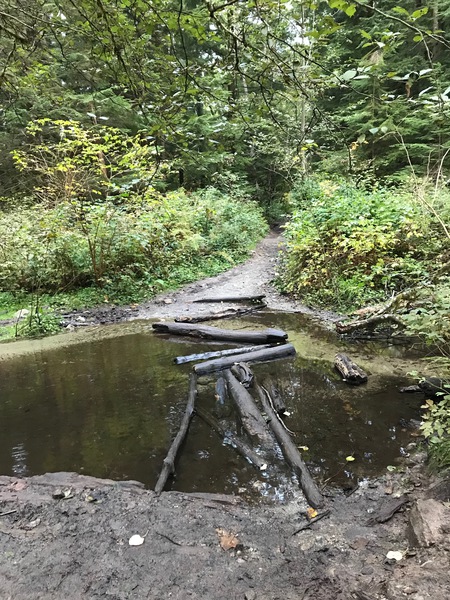 Also from the 2017 hike, this bit of trail still looks roughly like this. There were several small creek crossings where you had to walk across logs. I enjoy this. No one fell in.
moving forward
journal
hiking
Sekret: