Right around the time that we started dating, I am almost certain it was somewhere between our second and third dates, Hillary told me that she had ulcerative colitis.

I read and learned about it. Not long after we moved into our Clearview apartment, for the first time I would accompany her to a gastroenterologist appointment.

Ulcerative colitis came with some short term symptoms and some long term risks. The one that I learned within that first year or so of our relationship was the cancer risk.

Because Hillary had been diagnosed with colitis so young, the odds of her developing cancer were higher. Maybe three or four in ten by the time she was fifty. A bit worse than a coin toss by sixty. What cancers, what stage? Those were different questions. It was just a knowledge that it was likely in her future.

I don't think we ever talked about this, other than vague terms. That it could happen. We talked generally about the implications of the common surgery that was likely in her future at some point. 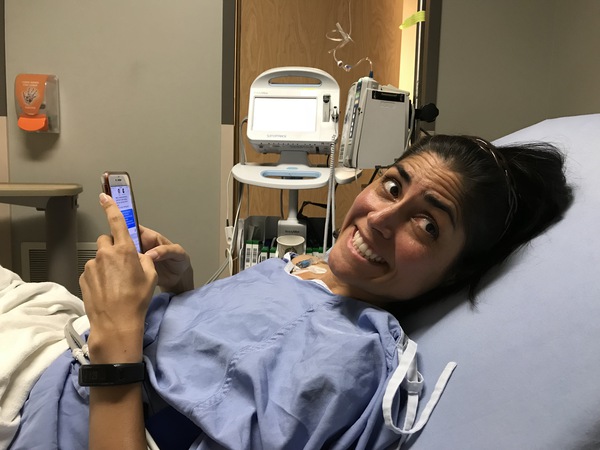 September 4, 2018. Just over a month before Hillary died. This was from an ER trip due to increasing pain. This would be the first time she would start needing opiates to control the pain due to the progressing cancer.

I won't lie, I gave this implication a fair bit of thought. Everything is a balance. The spectre of cancer, what it could do and probably outliving Hillary was weighed against what I knew.

That I loved her. She loved me. We were a team together.

So I consciously decided that I wasn't going to let that possibility damage our relationship. I would love and live and roll the dice.

The odds didn't work out in our favour.

I don't know what that all this says about me. It says something about how far in the future those kinds of ages seemed to someone in their mid-twenties. Or maybe not. It's hard to be unbiased right now, deep in the throes of grief and pain.

I think I'd make the same decision I did then, even knowing where it would end up.

This will be continued.